We have 3 great titles available.

Manage That Project is a simple, easy to use, guide to project management.


Law of Success in Sixteen Lessons

Back in the 1920's, Robert L. Taylor, former Governor of Tennessee, commissioned Napoleon Hill to write "success stories" about famous men for his magazine. Hill's first assignment was to interview one of the richest men in the world, the steel magnate Andrew Carnegie.

Carnegie had embraced the thought that with a little bit of endeavour even the common man could easily unlock the key to the secret of personal success - he considered that achieving personal success was quite simple and required primarily loads of common sense. During the interview with Napoleon Hill, Carnegie was so impressed by his hard work and commitment that he gave him an assignment - Napoleon was asked to interview 500 of America's rich and famous people and find out what was it about their personality that made them successful.

Carnegie armed Napoleon with his personal letters of introduction to these rich and famous people. What followed was 20 years of interviewing successful men and women including Henry Ford, Thomas A Edison, John D Rockefeller, William Wrigley, William Taft, F W Woolworth, John Burroughs and Dr Alexander Graham Bell, but it was these interviews and their analyses that changed the way Napoleon looked at life. Both he and Carnegie referred to the interviews' results as the "Philosophy of Achievement", and both men were of the opinion that even the common man, if he knew what it was about personality that made men successful, could easily find success on his own strength, and by tweaking and fine-tuning his personality. 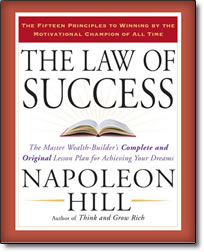 In the year 1928, the critical information from the "Philosophy of Achievement" was distilled into an epic masterpiece entitled "The Law of Success". The book was a huge success. Napoleon Hill designed and created The Law of Success as a study program consisting of 16 lessons. It wasn't designed to just be read -- like a book. It was meant to be studied and acted on -- like a course -- a course in success. And we have it available now at Manage That Project.

The Law of Success course is basically a how-to manual of the skills and qualities required to become successful in whatever field one works. It is particularly relevant for those who achieve their success through the work of others.

The Art of War

The Art of War by Sun Tzu is well known as one of the most respected military strategies in the world. However, Sun Tzu also had a lot to say about effective leadership, team building, decision making and overall management skills. And what he says is as relevant today for Project Managers as it was then for Generals.

For example, Sun Tzu gives us sage advice on how we, as Project Managers, can fail our teams.

"There are five dangerous faults which may affect a general: 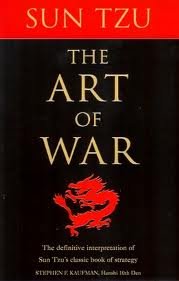 We can see that these flaws which could be found in Sun Tzu's Generals is alive in many people today. A reckless Project Manager does not heed warning signs of impending trouble on a project, or proceeds with risky development methods without due consideration (or approval). A coward is one who makes decisions based on what people want, rather than on what needs to be done for the project.

Only a poor Project Manager would allow their emotions or anger to boil over in a workplace, and thereby damage relationships needed to keep the project on an even keel. And a too sensitive Project Manager may avoid making decisions or counseling staff for poor performance, for fear of embarassing themselves or others.

Much of what Sun Tzu says is relevant to us today as Project Managers. Suffice to say, the basics of leadership and management haven't changed much over the millenia!

A Dissertation on Leadership - During World War One a dissertation on leadership was given to the student-officers of the Second Training Camp at Fort Sheridan, by Major C. A. Bach, a quiet, unassuming army officer acting as an instructor. This is one of the finest lessons on leadership ever recorded. Read more ...

So You Want to be a Project Manager - In our first of 2 articles So You Want To Be A Project Manager... we look at what skills it takes to become a Project Manager. We identify the 6 key skills required to be a successful project manager, and explain why these are more important than qualifications. In our follow up article, we look at these 6 skills in more detail, and advise how you can acquire, learn or improve these skills, in order to become a more successful project manager. Read more ....

The Art of War and Project Management - The Art of War is an influential ancient Chinese book on military strategy considered to be a prime example of Taoist strategy. But Sun Tzu also teaches about leadership, team building, and what makes a good leader. This article looks at what can we learn from this book to make us better Managers. Read more ....